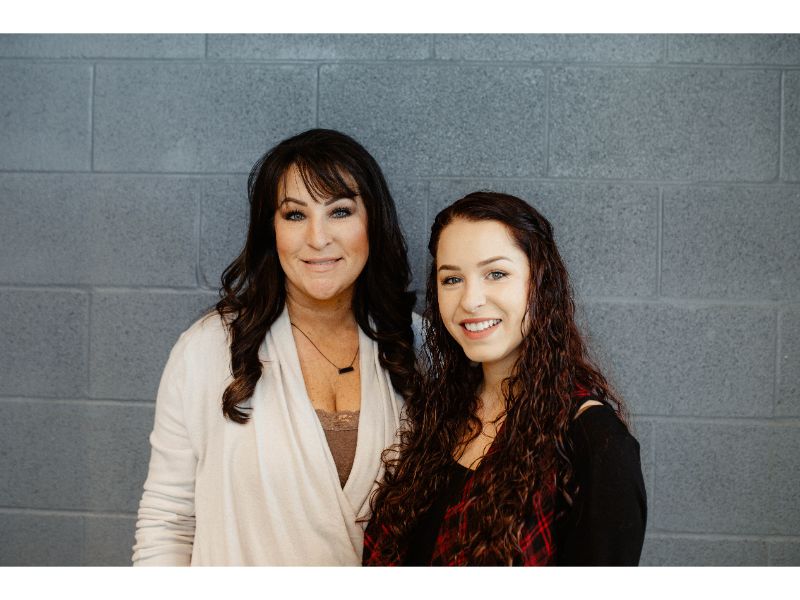 Meet The Faces Behind DFW Microblading

By The DFW Microblading TeamApril 19, 2019No Comments

DFW Microblading has been in business for over 5 years now and has leading experts in the field of microblading in Fort Worth. Microblading in Southlake and microblading in Carrollton are two new locations that have become quickly popular for the clientele in those areas. All of these awesome locations and these amazingly growing locations have made the gals at DFW realize that everyone is now becoming aware of DFW Microblading, but still doesn’t know much about the masterminds behind it all. What is the background? Where did they come from?? Why do they all look alike? Well, it’s time for us to share more about them and who they are and what got them where they are today.

How It All Started

Microblading in Dallas is thick with competition and really fabulous microblading artists. About 5 years ago, Rebecca Shelton, the owner of DFW Microblading, decided to get her brows done at a small studio in Weatherford, TX. She had heard about this cool thing called Microblading and searched for “Microblading near me.” When she discovered the salon near her home that did microblading, she booked an appointment and went in soon after. As a woman who has been through the 90’s and early 2000’s, she had overtweezed her brows and was ready for a change. She was so pleased with her outcome and became interested in the craft itself. 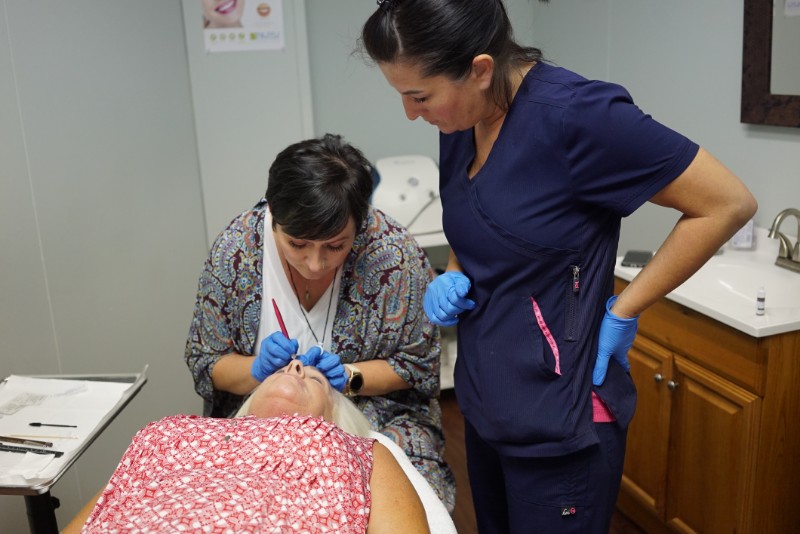 Within a year from the time she had her brows done, she had gone through several courses to learn and understand microblading. Each course brought her closer to understanding the craft and the dos and don’ts of microblading. Unfortunately, there was no ONE particular course that made her feel confident. After spending thousands of dollars in education and empty certifications, she decided to take all of what she had learned and create her own curriculum. After another year of perfecting the course, she was offered a position as an instructor for microblading at Texas Laser Institute.

The Transition with DFW Microblading

During the time as an instructor for Texas Laser Institute, she was able to teach multiple group classes with women and men who were interested in being certified in microblading. She gained much experience from this. It taught her how to properly structure a class so that all of the students felt like they had a good understanding of the craft before leaving. When the contract with the institute ended, she had the option to continue on another year. She decided to start teaching solely as DFW Microblading in order to do things her way. 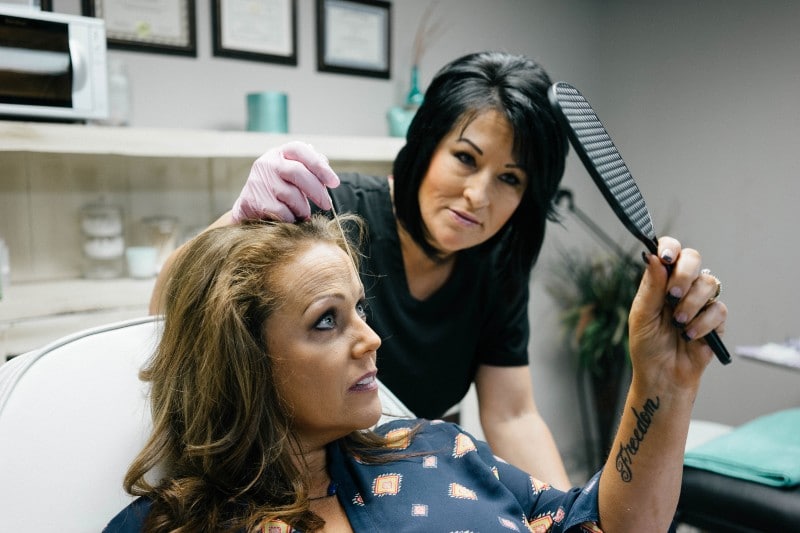 At this point, Rebecca’s daughters, Angela and Amanda, had grown more and more interest in learning what their mom was up to. Both girls worked in jobs that they didn’t enjoy and wanted to find a new career that they could love. In October of 2016, Rebecca began to teach them and used them as helpers for her classes. By January of 2017, they had both received a certification and were full time alongside their mother. DFW Microblading had 5 employees at this point. The company grew rapidly and they all stayed fairly busy.

By the end of 2017, the three employees other than Rebecca and her daughters had all transitioned out to full time jobs elsewhere. This changed the structure and it became a family business. Rebecca headed up the Fort Worth location for microblading, Angela did microblading in Southlake and in Dallas and Amanda opened up her own studio in Murrietta, California.

The company still stands strong today with the three girls killing it in the beauty industry!

“It’a amazing to be able to share what you do with your two daughters and to be able to work together and spend time with each other while being in a career that we all truly love.” -Rebecca Shelton

Throughout the past years, these gals have not stopped learning and growing. All three ladies are trained and certified in a number of services that they are able to offer to their clients. If you are searching for microblading near me, you are bound to find DFW Microblading at the top for Fort Worth, Carrollton, Southlake and even Murrieta, California.

So, what are these gals up to these days? 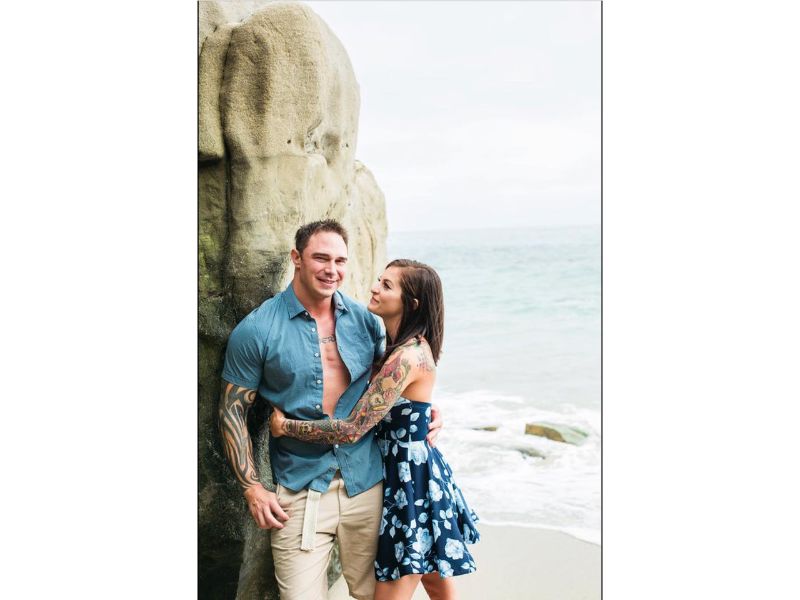 Amanda just got married in August of 2018 and is planning to move to Texas with her husband by 2020. She has two fur babies that she absolutely adores. She has a special certification with Phi Brows and has an array of services she is able to offer to her clients. 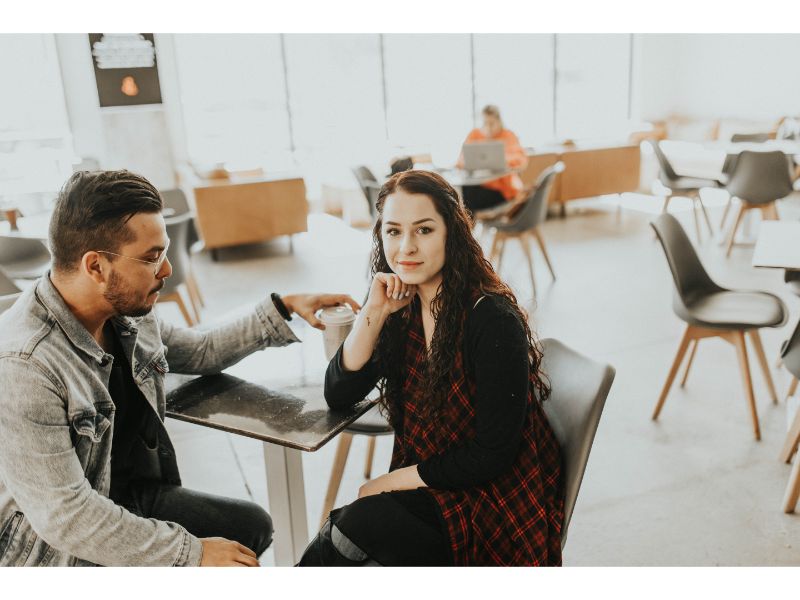 Angela and her husband, Eder, own a coffee shop in downtown Fort Worth and have a beautiful daughter, Olivia. Angela is hoping to continue to expand her services and grow more in the beauty industry. She enjoys making educational videos and talking about things that she is passionate about. 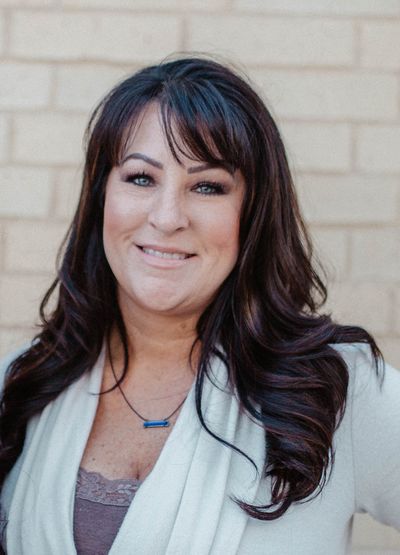 Rebecca is still the mastermind and foundation of DFW Microblading and is working on creating better education for the craft. When she is not working on growing the company, she is helping her husband, Marty, with his company that is providing courses for teachers in school districts to defend themselves and their students in the event of a school threat or intruder. She works specifically with the non-profit side of the company that honors veterans and police officers who were injured on duty.

With these three go-getters, there’s no telling the potential that DFW Microblading has as a company. It’s only up from here!