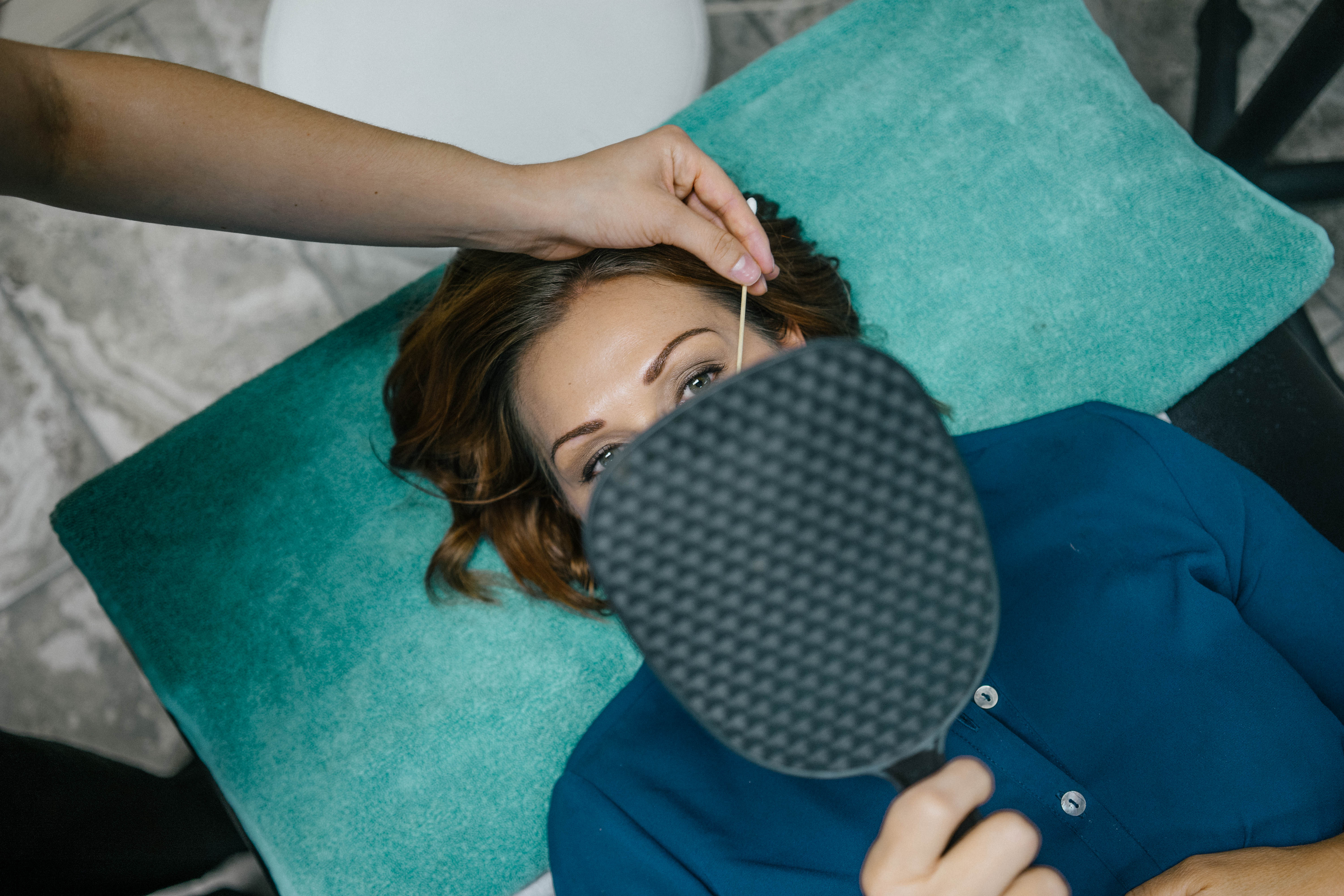 What to Expect After a Microblading Appointment in Murrieta

By The DFW Microblading TeamFebruary 28, 2017No Comments

If you know anything about Microblading you are ahead of the curve. It is so new! Makeup artists who have practiced permanent makeup for 10+ years are just as new to the procedure as anyone else. It is unlike any other permanent makeup/tattoo procedure. The technique used, the product, and the aftercare are three crucial aspects of microblading that should be talked about. It is important to know what to expect during and after a microblading appointment in Murrieta.

We have many ladies concerned with what their brows will look like after spending two hours in a procedure chair to enhance their brows. Will they be red and swollen? Will they bleed? Do I need to take the following day off work? The answer to these questions, in short, is no. The redness typically goes away 10-15 minutes after microblading in Murrieta has been completed. It is caused by wiping the pigment away throughout the length of the procedure. During a microblading appointment in Murrieta, you shouldn’t bleed very much. Everyone is different, but blood should occur in small beads on top of the brow, it should never be dripping down the face, this could be a cause of going too deep. Too much bleeding during a procedure is the cause for scabbing 5-10 days after the procedure, which is a negative result of microblading. When the proper amount of pressure is applied, and specific aftercare measure are taken, the brows should not scab, instead they should lightly peel.

It is crucial for woman to know exactly what to expect after their microblading appointment in Murrieta. Microblading, unlike any other beauty procedure, does not show the end result until 8 weeks after the initial procedure. Why is this? When you come in for your first procedure we create new hairlike strokes where (for most women) they had none before. The shade of pigment we implant will lose 50% of its color through the healing process. We want our clients to feel beautiful and comfortable when they leave, so most women are afraid to go too dark on the initial appointment. This is okay, but when they come back in 4-6 weeks later for their microblading touch up, they are upset that all the pigment has disappeared. This is one of many reasons why the touch up is absolutely necessary. More often than not the women decide to go darker at the touch up. After going back over each line precisely for the touch up, you will then only lose about 30% of the boldness of the color. Four weeks after the touch up, when the brows have completely healed, is when you have your finished product. So much for instant gratification, am I right?

Microblading consultations are very important. It give us an opportunity to explain everything, in detail, so that you are not shocked or unpleasantly surprised after your microblading. We want to give each and every women beautiful natural looking brows that they don’t have to fill in everyday. DFW Microblading is a family owned business here to answer any questions you have. For more information give us a call! 855-696-5274 (Don’t forget to mention which location you are calling for)